What KERIONICS does and which their role is in iCAREPLAST? 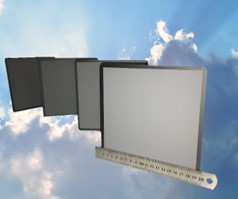 KERIONICS is a SME Technological Base Company, founded in 2014 as Spin-Off of the Institute of Chemical Technology (ITQ). KERIONICS is dedicated to the industrial development and commercialisation of an innovative system to produce highly energy-efficient and compact designs of industrial membrane modules for oxygen production with high purity (>99.5%) and low-cost O2. Its principal activity is the R&D in the field of chemical engineering and ceramic technology, as well as the later exploitation of its own developments. KERIONICS possesses the inherent R&D attitude since it is a fully technological-based company.

KERIONICS produces highly efficient Oxygen Transport Membranes (OTM) for air components separation. Specifically, OTM favour O2 diffusion and permeation trough them, while the N2 is retained by the ceramic membrane. Thus, this OTM modules act as a oxycombustion reactor when a fuel is efficiently burned without any pollutants as a by-products such as NOx, and CO2, which can be easily captured. Hence, KERIONICS provides a new alternative oxygen production method which presents higher levels of purity, affordability, energy savings and environmental friendliness than existing methods.

Their role in iCAREPLAST is the coordination of the communication and dissemination plan, the design, building and testing of oxycombustion membrane reactor and the evaluation of the valorisation of different fuel side streams.